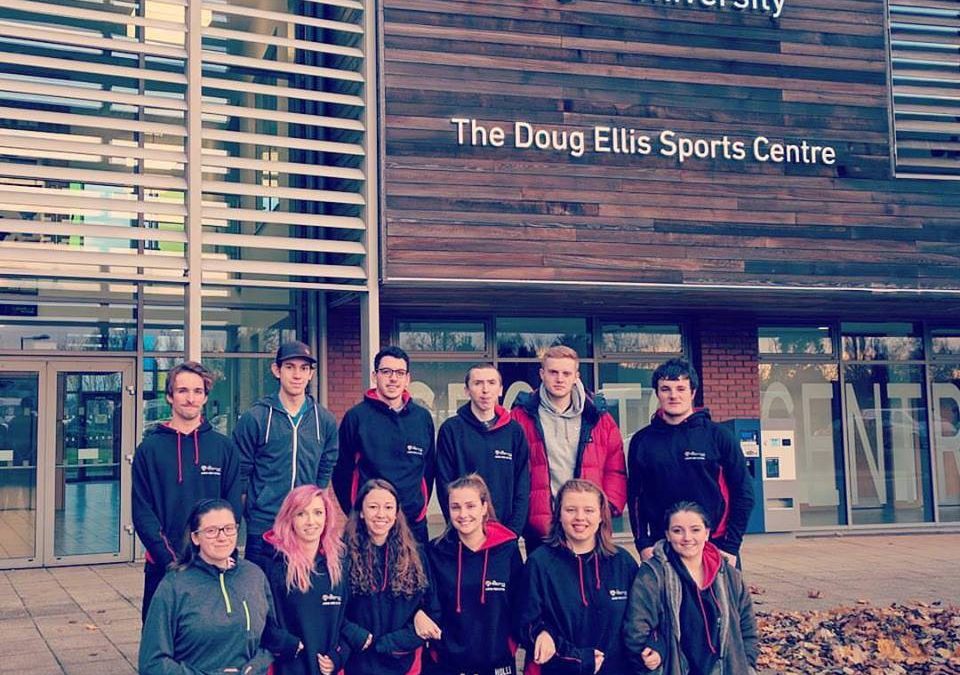 Aberystwyth University became only the second Welsh university to ever compete at BUCS yesterday. The students were able to reach the competition with contributions from the public and support from their Athletic Union, for which we would like to say a massive thank you; they could not have made it without you! This follows Aber’s first season entered in the Welsh National Korfball League and we hope that the opportunity to compete at BUCS will further strengthen the club.

Aberystwyth were entered into the West Midlands Preliminary alongside the universities of Birmingham, Keele, and De Montfort.

The tournament began with a 9-1 defeat to University of Birmingham 2 and a 6-0 loss to Keele University 1. However, the team’s fortunes changed in afternoon and they took two victories, 5-1, against De Montfort 2, and 4-1, over Keele 2. The late surge wasn’t enough to secure them a place in the Regional round of the competition, so Aberystwyth will progress to the National Plate event in March 2017.

It was a tough Preliminary to compete in, with the University of Birmingham achieving an unprecedented domination of the event. Final standings:

Aberystwyth Red Kites and Welsh Korfball would like to say “Diolch yn fawr i bawb!” to everyone who made this journey possible for the korfballers in Aberystwyth:

This is only the beginning so keep following Aber Red Kites as they continue to compete this season! Aberystwyth Club President, Izzy Hobson, had this to say:

“Thank you so much to everybody that contributed! We’re blown away by everybody’s kindess and special thanks to Welsh Korfball for making this happen! We’ll keep you all posted onhttps://www.facebook.com/aberystwythredkites when we begin BUCS