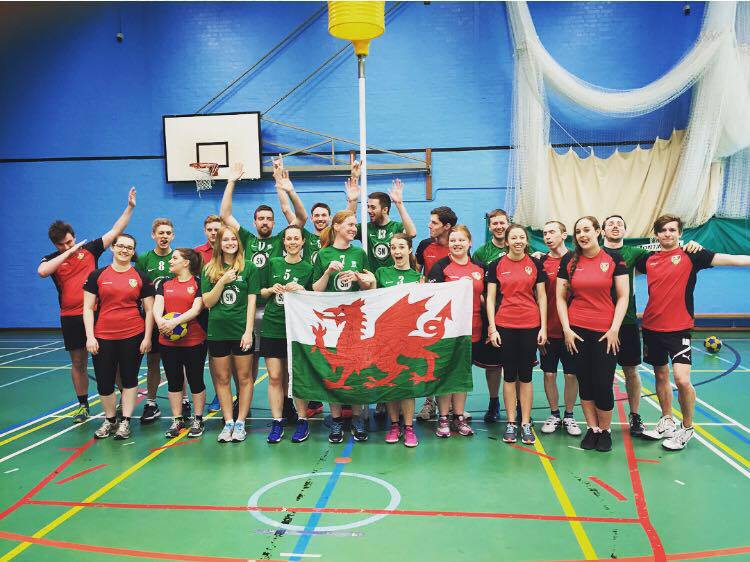 History has been made with the first, ever, matches between Aberystywyth and Caerdydd. They took place in Aberystwyth and players from Cardiff City, Cardiff University, and Raptors, travelled up to compete.

The day began with the two sides facing each other twice in the morning. The first encounter was a high-scoring affair with the visitors running away with a 17-10 win. In the second, both sides figured out the others’ tactics with resultantly more defensive displays but once again Caerdydd showing their experience to grind out the victory, 13-5.

In the afternoon, the teams were mixed up with 50% Aberystwyth and 50% Caerdydd players in every division. It was a fantastic opportunity to break the ice and hopefully the Aberystwyth players learned a lot from playing with new people.

Wales Korfball’s Development Officer is in discussions with Aberystwyth to ensure that we can accomodate them fairly in the Welsh Korfball League for next season. We are also exploring how we can better support the club and ensure its long term development.