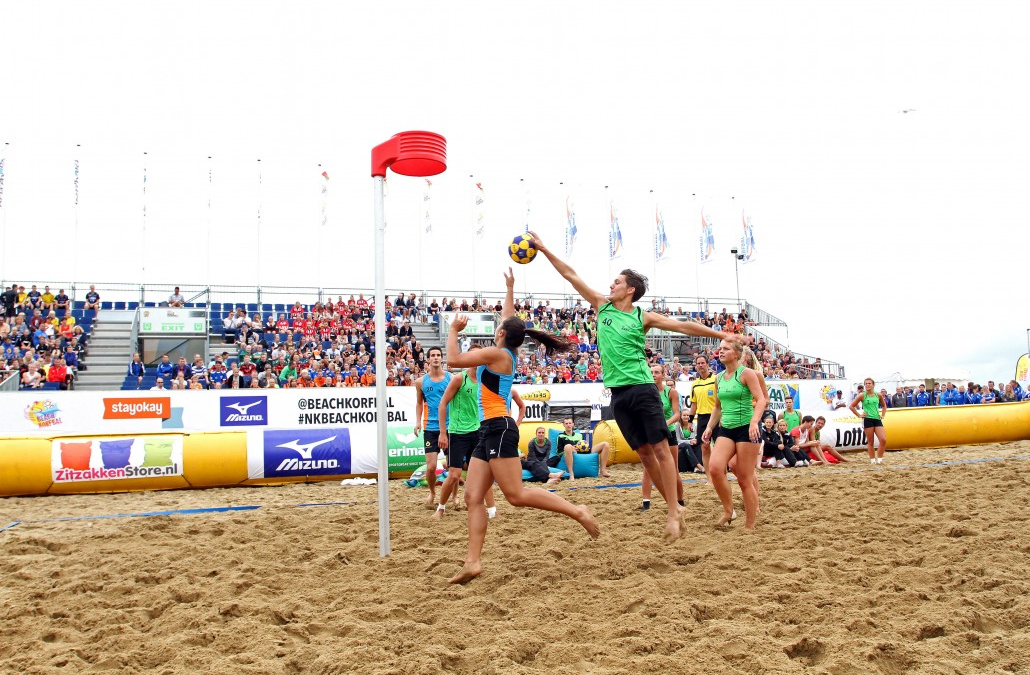 It is with great excitement that we can announce the players selected to represent Wales at the inaugural IKF Open European Beach Korfball Championship:

The Championship will be played Saturday 19 and Sunday 20 August 2017 in The Hague, The Netherlands.

The draw for the tournament groups will be carried out by the International Korfball Federation in July. The full Wales training squad will be spending the week following the tournament in Groningen for a training camp, with Welsh coaches – including Michiel Gerritsen. Their next big event, after the Beach Championship, are the European Championships next year, with training for both events already well underway.

Find us on social media to keep up to date with all of the latest international news.
Facebook – Welsh Korfball
Twitter – @WalesKorfball