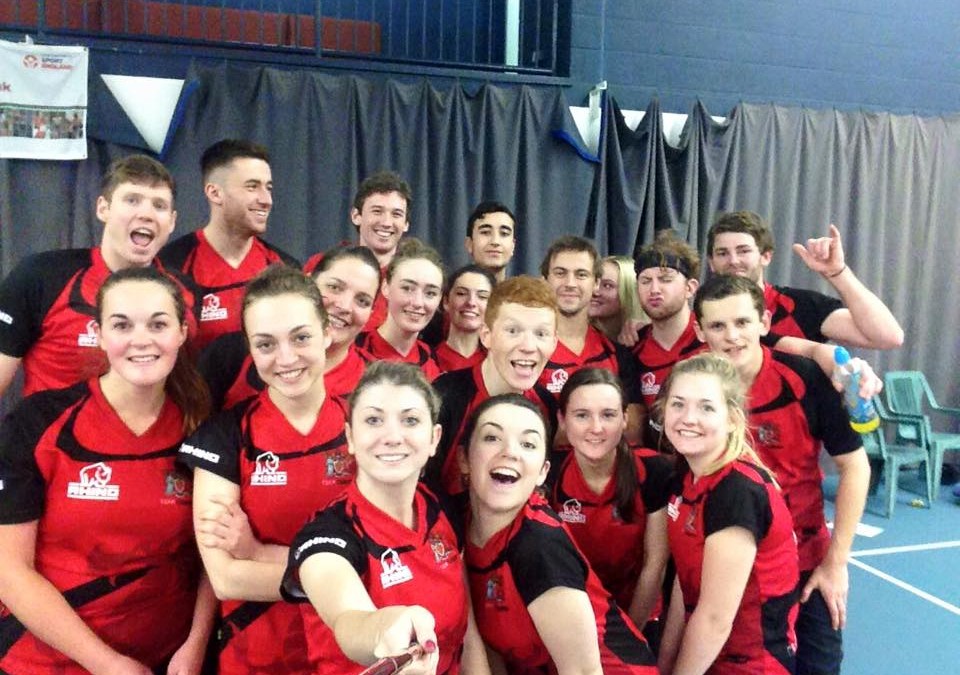 Cardiff University 2 had a tough start to the competition coming up against all of the first teams in a row. They narrowly lost 5-4 to Exeter 1 and put up good fights against Cardiff 1 and Bristol 1. The next game against Bristol 2 was a crunch match that would be important to secure the 4th and final Regional qualification spot. It was a tense affair with Cardiff taking a 2-0 lead only to be brought back to 2-2 by the home side. The teams were deadlocked for a while until Bristol 2 managed to sneak a running in shot which sealed the match 3-2 in their favour. The squad thought they were down and without a chance of reaching Regionals but went on to win their final two matches against Bristol 3 and Exeter 2.

Cardiff University 1 cruised for most of the tournament with comfortable wins over most teams. Bristol 1 proved tough opponents and neither side managed to best the other with the final score at 6-6. In the end it wasn’t enough for Bristol as Cardiff had already put in such a strong performance throughout the day that they won the tournament outright in first place. Second were Bristol 1, followed closely by Exeter 1, and then in the final Regional spot… Cardiff 2!

Results elsewhere and victories in the last matches of the day for Cardiff 2 provided a surprise celebration for the team who hadn’t realised they had qualified until the final placings were announced! It is the first time Cardiff University 2 has reached the Regional stage of the competition.

We spoke to Cardiff University’s coach James Wilcox for his perspective on the results:

“I could not be prouder of both teams for what they achieved today. The second team was missing some players due to illness but the whole squad pulled through and got the result we were looking for. The effort and emotion from all of my players was clear to see and they deserve to be heading to Regionals in January. The first team were dominant all day but there is always more to work on and so much talent and potential in both teams. We will be looking to improve ready for the next round but for now we’re going to enjoy this moment!”