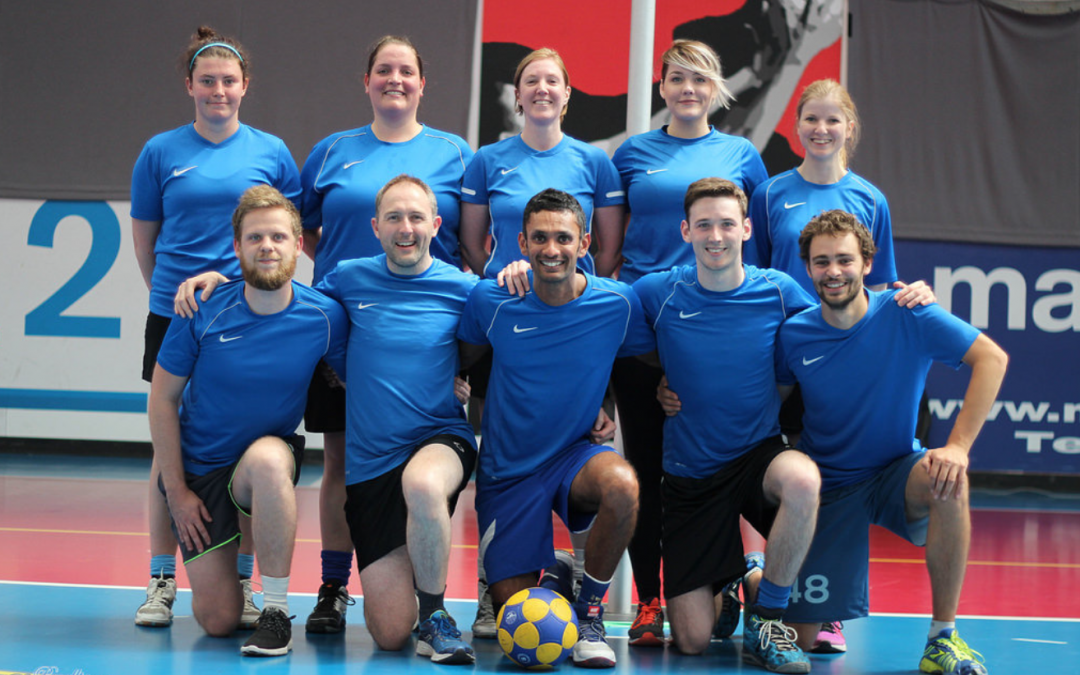 The playoffs for the Western Regional League were held at Cardiff City House of Sport last weekend. Four teams were battling for three places in the league next season. Exeter City were fighting to stay up, after finishing 8th this season, whilst the others had all qualified via their respective feeder leagues. Farnborough Jets via the Oxford League, University of Bristol via the South West League, and Cardiff City & Met as champions of the Welsh National Korfball League.

The full results can be found on Fixtures Live.

Cardiff City & Met got off to a flying start with a close victory over Farnborough Jets, 12-9.

Cardiff then faced the University of Bristol, who provided tough opposition in the first half but Cardiff held on to emerge with another win, 10-6.

The last match against Exeter City was the most comfortable game, with Cardiff beating Exeter 14-8 to secure first place at the playoffs. They were joined by Farnborough and Exeter who will also be competing in the WRL next year, alongside Cardiff Raptors who maintained their place in the league once again.

Photographs of the event by Tracey Lintern