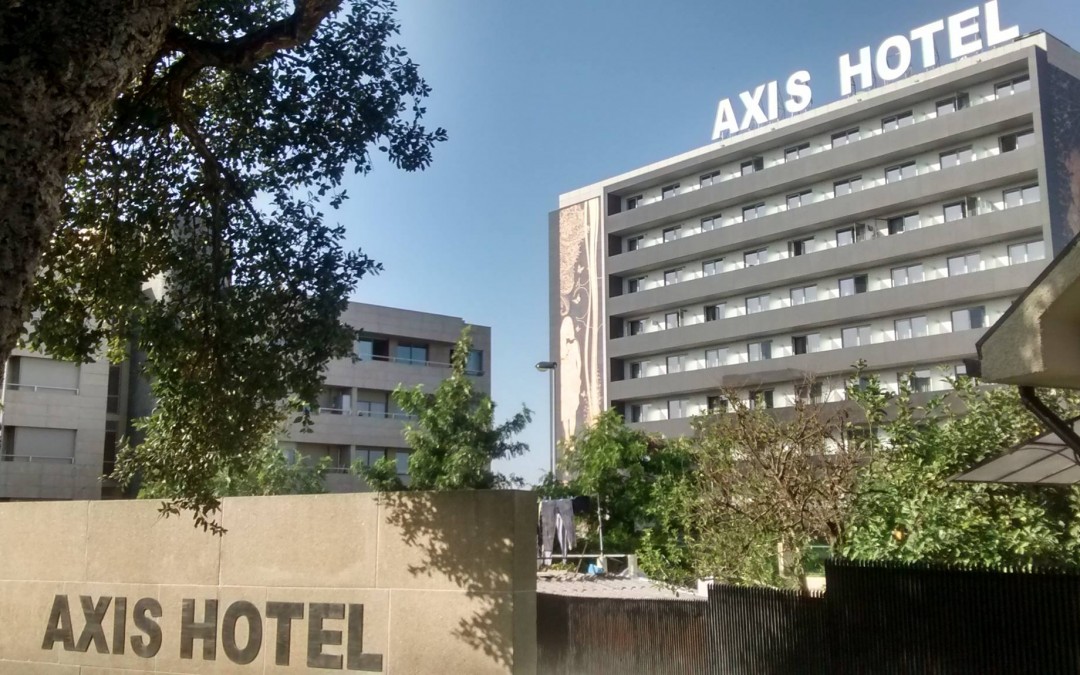 There was a long day ahead of the squad today with no return to the hotel between training and our clash with Poland. Thanks to Nick for guest blogging on our day off but he did forget to mention that some more squad members were killed off in the murder game!

After our afternoon training Rick managed to kill Ramzi in the changing room with deodorant. Next to go was Ruth who was taken out on John’s bed by Kev with a Rubik’s cube!

More deaths followed this morning as Carla whacked Ricky on the bus with a plate… And then Jo got Kev with scissors in the changing room. The only time the game stops is from the team talk to the end of the game and she managed to get him just when he thought he was safe – moments before the team tall began!

After a solid training session we popped round the corner to a local cafe. We were greeted by a very excited Portuguese couple who were delighted to see 16 people walk in and fill their cafe! Jo, James, and Julie tried their best to disguise one truth about themselves behind two lies but the squad was too astute. Graham in particular was adept at reading us!

We headed back to the hall for our team talk and then out for a big game. If Wales won we would have guaranteed our highest ever finish and first self determined qualification for The World Championship. Graham selected Kev, Ramz, James, Beth, Ruth, Julie, Carla, with John leading us on.

It was a tough start as Poland soon raced ahead to 7-2. The Polish players were clever and made sure they had the referee’s attention when drawing fouls. Wales fought on to end the half 9-5. Poland struck quickly in the second to extend their lead to 6 goals but we never give up until the final whistle and finished 16-12. First appearances for Jo and Rick who followed Nick and Hannah on in a raft of changes initiated by Graham (or G Box as he is often referred to).

Obviously we were massively disappointed to have let the game get away from us early but we clung on and brought the score back a little. As Turkey beat Serbia Wales got a tough second place finish in group C and with Ireland losing 20-11 to Scotland we will be lining up against the green army tomorrow.

Most of the squad headed over to the main hall after to watch England play the Netherlands. Just before we sat outside for a drink and caught up with our previous Wales coach, Leon Simons. Soon after we were joined by a group of Manchester Warriors on tour and the one and only Tom Brady. John and Jo were eyeing each other up as they tested out a theory for whether or not it is possible to touch eyeballs… Hannah absolutely destroyed Nick who was pretending to know about football with Kev. She went on to say that he apparently is always looking over her shoulder at the TV to get a fact or two he can use. Focus Nick. The funniest moment was when Ruth asked if the grass we were on was real… Bearing in mind we were next to an artificial football pitch we couldn’t quite believe she was serious!

We watched England put up a good fight against the Dutch but to no avail. The Dutch shooting was unreal as they scored 38 with many of those from distance. As we arrived back at the hotel we were right on time for dinner. G Box joined us and then debriefed the squad afterwards. With all formalities taken care of we were free to relax for the remainder of the evening. A group of us gathered on the party floor to play cards with Kev introducing a game. Some of you may know Kev is an accomplished poker player but, as G Box pointed out, when the aim of the game is to lose cards it’s not so impressive to be counting cards! After a few more games of card and a handful of Mafia games were all headed to bed. Beth won two games of Mafia and Ruth managed to win one as well – first victories for the Mafia.

As the week is progressing Kev has acquired a variety of nicknames. He is now known as Kevin of Turkey, Tripod man with three legs, Bingo Master, Mr Impatient, The Vampire, Counter of Cards, Rubik’s Killer, and Angel. Stay tuned for the latest nickname!

Early start again tomorrow but our match is at 6pm so tune in for a celtic derby with Ireland.