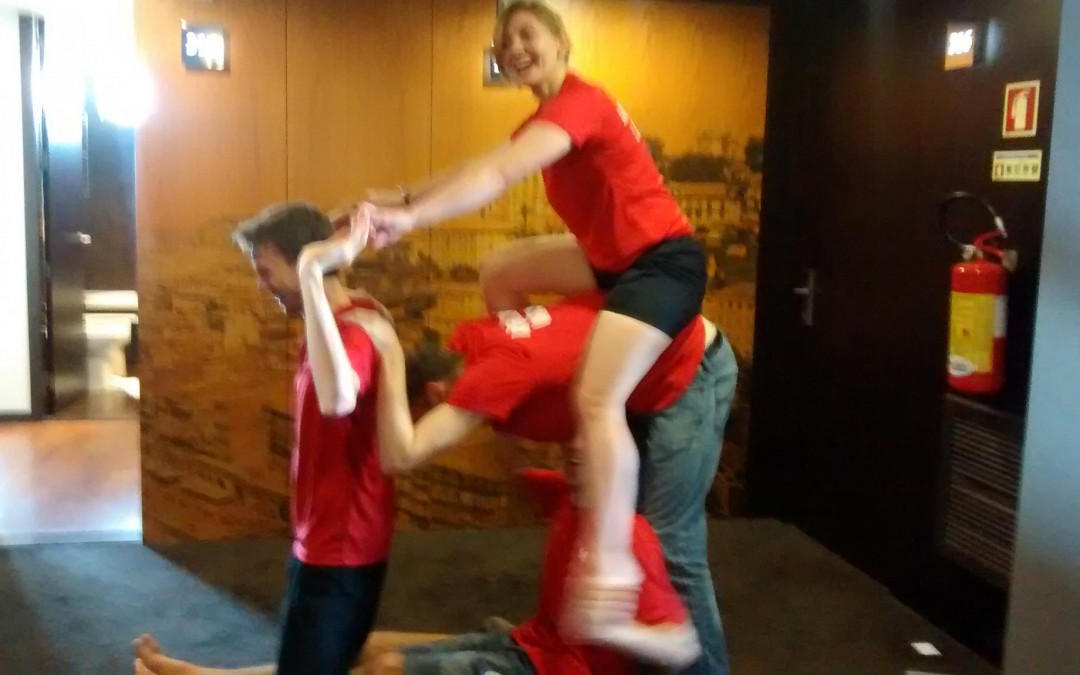 Today was the day of our celtic derby with Ireland. Squad training was at 11am but with the match not until 6pm we had plenty of spare time once we returned to the hotel. During lunch Laura struggled to swallow larger chunks of pineapple, Nick even timed her with her fastest time being 54.6 seconds for one chunk.

Afterwards the squad headed up to Nick and John’s room which is fast becoming the party room. Nick introduced a new card game named “For Sale” which Jo quickly dominated. A few games of Mafia were played with new rules added due to the frequency with which we have been killing each other off. No deaths in the week long murder game today though with just James, Nick, Ramzi, Ruth, and Rick killed off so far. We were suspicious when the hotel lift arrived with a flip flop on the floor but it was soon claimed by a Turkish girl who intercepted the lift on the fourth floor.

Soon it was time to leave for our match against Ireland. We arrived in time to watch the Catalonia v Slovakia match that was on before us. G Box gathered us half an hour before our warm up to give a team talk and announce the starting eight. John was once again captain and leading Ramz, Nick, Rick, Beth, Hannah, Ruth, and Carla on to the pitch.

During the match changes were made to bring in Julie, Kev, and James. We lost the game, we didn’t play our best, and we don’t really have anything else to say about the performance. We returned to the hotel for a very quick debrief then tried to relax.

We headed to the bar as we had the whole day until our next match against Serbia in the evening. Another new game named Psychologist was born which required the group to think up a rule whilst 1 player was away and they had to adhere to the rule when the missing player returned to ask questions. It is the job of the missing player to then figure out the rule. This lead to some interesting scenarios such as Rick impersonating a beer drinking rabbit, John acting as a Orangutan, and the group answering as children for a few rounds as John tried to figure out why the answers were so simple…

We soon headed to bed after a draining day with the prospect of exploring Porto the next morning.