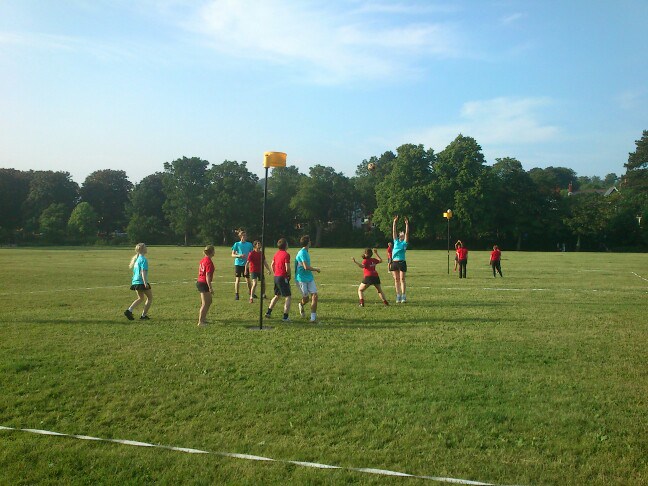 Korflite is back for 2014! A little later than usual but the Cardiff Summer Korfball League will commence on Wednesday July 30th, Roath Park Recreation Ground, 7-8:30pm!

Korfball is an exciting mixed-team sport accessible to anyone, young or old, beginner or international player; this is the perfect way to keep fit and socialise this summer!

Normally Korfball is played with teams of 4 boys and 4 girls but Korflite uses half-court games so teams only need a minimum of 2 boys and 2 girls!

The league will be played at Roath Park Recreation Grounds 19:00-20:30 on Wednesday evenings starting on July 30th.

If you are interested in entering a team please email chair@cardiffkorfball.co.uk

The cost is just £1 per person, per session! Korflite promises to be affordable, fun, and social… so get a team together or head over to Roath Rec! At the end of the summer league we will organise a social event to finish up the competition. If any nights are rained off then we’ll head to a nearby pub instead!

There are many ways to get involved:

Turn up by yourself.

Everyone is welcome to come along and join in the league. Anyone who comes along will be put in a team with a mixture of beginners and experienced players.

Playing Korfball is a great team building exercise. If you are a company or group of friends who are interested in playing you will be allocated an experienced player to help your team and give you an idea of the rules and tactics.

Rolling subs are allowed so it is suggested that teams have at least three boys and three girls.

Be part of a team

Korflite runs from July 30th every Wednesday until September 3rd. If any nights are rained off the league will extended further weeks to enable all matches to be played. After the finals night there will be a social for all teams.