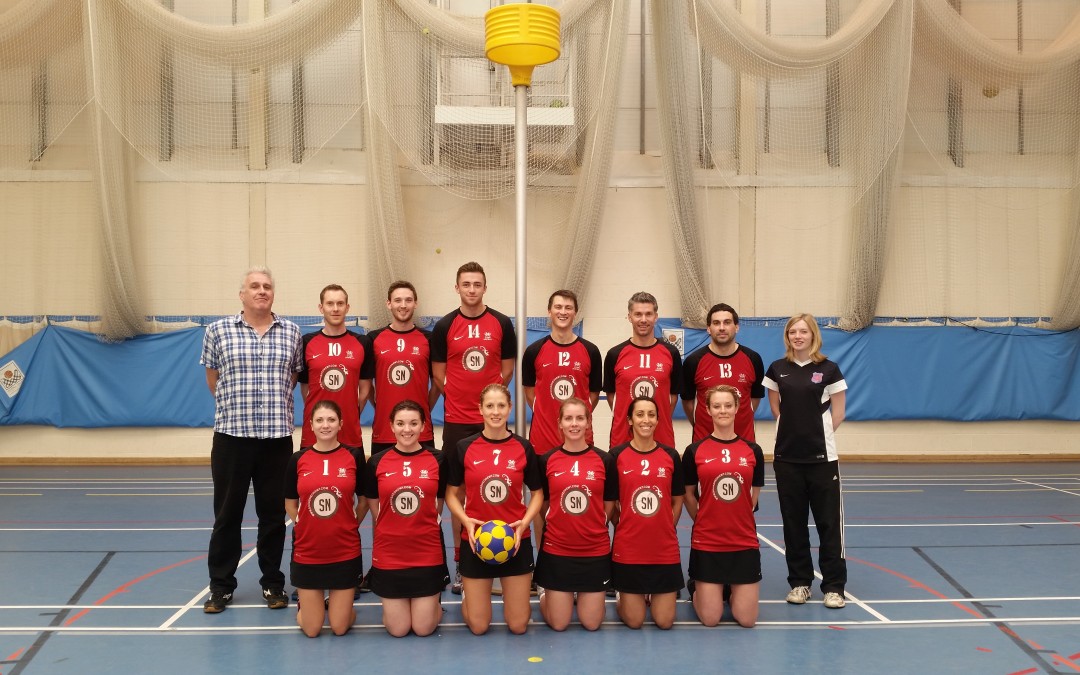 Wales enjoyed another day of sporting glory in London, after the fantastic rugby win on Saturday, as the Red Dragons stormed to glory over the Home Nations.

This was the first outing for the new coaching staff; head coach Tom Brady, along with assistant coaches Jess Beale and John Williams, made their squad selection after the trials earlier this month with four of the twelve players selected making their debuts for the Wales senior team at this event.

The first game for the Red Dragons was against Scotland, who finished 11th at last year’s European Championships. Captain John Williams lead the team out and Wales flew out of the blocks and streaked ahead to a 9-2 lead. Ruth Campbell lead the charge with three goals from distance. The momentum shifted towards the end of the game and Scotland clawed it back to 9-8 but Wales held on to secure victory. Rebecca Fitch made her debut for Wales when she started the game, and what a start it was as she put away a long shot and a free pass! Zoe Rose made a return to the squad after taking a year out during the European Championships, she is one of Wales’ most capped players and it was fantastic to see her on the court again.

Next on the agenda was the young and spritely England side, selected from their pool of u19 players with the senior team being away in the Czech Republic this weekend. Carla Bennett took up the captain’s armband with the match up revealing itself to be a fairly low scoring affair, but Wales maintained control of the match throughout to close down the English attack. Niamh Sully got her first goal for Wales, and Leo Comerford came close with a superb drop-off that was ruled out by the referee. Rick Scowcroft got his eye in and racked up his tenth goal for Wales, having also scored against Scotland earlier in the day. Another win on the board for Wales with just a victory over Ireland required to see off all of the Home Nations.

In addition to the Home Nations the national champions of England had been invited to play matches against the international sides during the day. Trojans have won the English league consecutively for the last eight seasons – the Red Dragons would have their work cut out to beat the best club in England!

As it happened, this was the best game of the day – with every single player stepping on to the competition of some of the country’s best players. Wales took the lead with the first goal, which was swiftly followed by a Trojans goal; Wales then took the lead again and even went two goals up at one point! The Red Dragons traded goals with England’s national champions until 11-11. At this point Trojans found their rhythm and the Welsh had a couple disallowed;  Trojans went on to show why they are eight time champions and racked up the goals to reach a final score of 18-11. The whole squad should be proud of how they went toe to toe with Trojans, and special mention to Kevin Jones whose shooting was on fire and we lost count of how many long shots he sank! Bethan Phillips also got on the board with two superb goals with her wonderful technique! Shining performances from all, including the debutantes who had a tough ask to step up to the mark against a side like Trojans so early on in their international careers.

The final game of the day was the clash of red and green, the Welsh Dragons against the Irish. The last time the two sides met, Wales were on the wrong end of a narrow defeat at the European Championships – so the squad were looking to get back to winning ways. Once again, as in every match of the tournament, Tom and Jess had the confidence to play every single player in their squad. The game was feisty and aggressive as has always been the way between these two rivals. Both sides were staying in touch with the game, trading goals and battling for every little advantage. The score reached 6-6 before Wales managed to build a meaningful lead and slowly extended their margin over Ireland. With frustrations getting the better of them, and the Red Dragons playing at their own pace, Wales were able to secure victory over Ireland, and the Home Nations. Special mention to Adam Waide, who made his first full debut at the tournament, as he calmly put away two penalties and two more goals when the Irish boys left him unmarked, and just to finish it off he knocked in a cheeky turn in feed for an impressive tally of five!

Overall a very positive day for the squad. On a weekend when Wales overcame the odds to beat the English in the rugby world cup, at a time when the Welsh football team are on the cusp of their first major tournament qualification since 1958, with the Welsh netball team earning their highest world cup finish in 24 years, the Welsh korfball team are showing that they’ve got the potential to hit the heights at next year’s European events.

Squad to be announced soon.