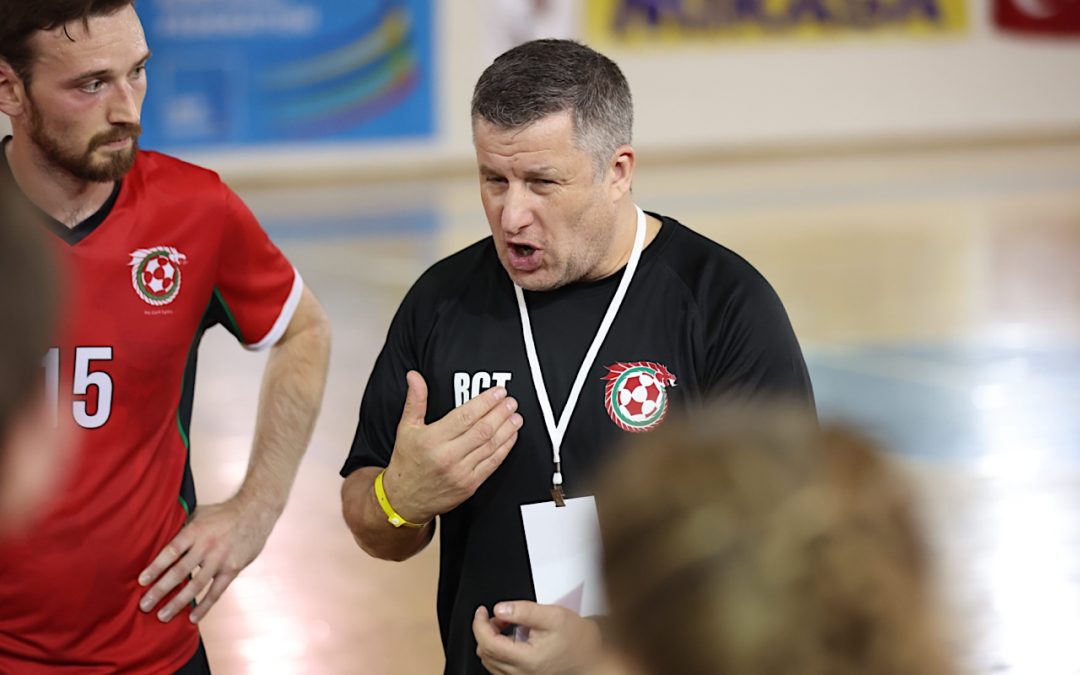 The Welsh Korfball Board are pleased to announce that following a directed search of potential candidates, including an interview, it has decided to appoint Ross Carr-Taylor as the Head Coach of the Wales National Korfball Team. Carr-Taylor has signed an initial 2 year deal to lead the Senior Squad and oversee the Development Squad in the upcoming international cycle, with an optional 2 year extension clause provided both parties are satisfied with performance.

Ross took control of the Wales National Squad in their most recent competition at the 2022 EU World Championship Qualifiers in Türkiye. Player and Board feedback on his coaching style, ability, and fit with the team were all of the highest standard. As a result, the Welsh Korfball Association sought to appoint Ross as their first choice.

Ross Carr-Taylor’s first official tournament in charge is expected to be the 2023 Tri-Nations event taking place in Cardiff this summer. Following this, Ross will be preparing the Senior National Squad for the upcoming European Qualifiers at the end of the year.

Ross has a playing and coaching career spanning 35 years, which includes coaching National League sides and International Youth teams. Ross has previously coached Kingfisher for 15 years making 5 playoff finals, winning one Silver and three Bronze medals. Alongside Peter Teague, Ross also coached the England U16 and U19 youth teams, winning a Silver medal at the Korfball Challenge. He has coached both Kent and London seniors at Inter Area competitions winning multiple honours. Ross Carr-Taylor’s coaching experience and tournament success will be invaluable to both the Senior Training and Development squads.

Speaking about the appointment Ross said: “I’m very excited to be given this opportunity. Having already worked with Wales for a short period I was very impressed with the complete set up. The players’ ability to learn makes me hopeful we can achieve great things.”

Welsh Korfball Association Chair Kristopher Banham, on behalf of the Wales Korfball Board, stated: “We are delighted to be able to confirm Ross as the new head coach of our National Team. His passion for the senior squad when unexpectedly being asked to take charge during the most recent tournament was evident, and both his experience and tactical knowledge made him our premier choice”.

Ross Carr-Taylor will take up the position immediately and select his first squad at the upcoming national squad trials. The Welsh Korfball Association and International officers are excited to begin working with Ross in the upcoming IKF Competition Cycle.

The 2023 training and competition schedule for the National Squad will be released shortly. Squad Trials will be held on March 4th 2023 in Cardiff, Wales. Squad training sessions are set to be spread every 4-6 weeks for both squads, with more frequent sessions taking place in the two months prior to a senior tournament.