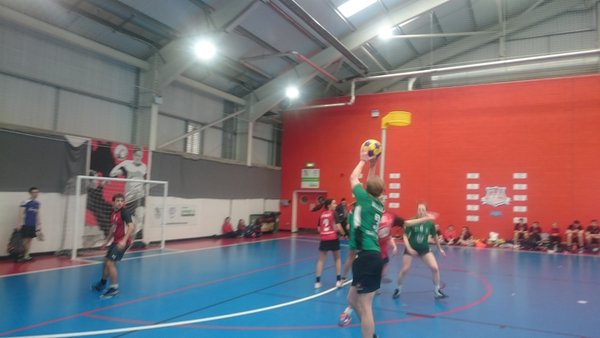 The day started early with the Welsh Korfball Squad training in preparation for the European Qualifiers in Saint Etienne, France, on the 3rd-5th of June. The schedule for the IKF qualifying event has been recently released and Wales Korfball can confirm the programme for the Wales team will be as follows: 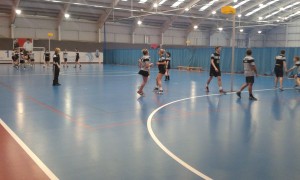 While the Wales squad were hard at work, Welsh League matches swung in to action on the next court. First up were the current table toppers, Cardiff City, who have been experiencing a remarkable return to form this season following disappointing results in recent years. The blues lead the table unbeaten and continued that run with a convincing 14-3 victory over Raptors second team.

Next to take the court were Raptors 1 themselves, who have been enjoying their first ever season in the England Korfball Western Regional League. A win over Cardiff University’s third team would see them take second place in the Welsh League standings. Though the students fought valiantly, Raptors cruised through the match with the final score a convincing 21-5; still a good result for the very inexperienced Cardiff University side. 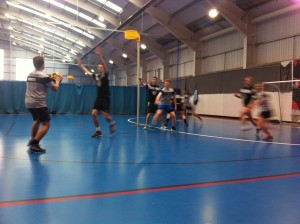 The day’s focus then returned to the national side who were geared up to battle two friendly matches against players from the Western Regional League’s defending champions, Bristol Thunder, who had just the day before secured a place in the EKA play-offs. We also had players from Cardiff University’s first team join us, who have had a stellar season in the Regional League and are preparing for BUCS National Championships next weekend.

The Wales Coaching Staff of Tom Brady, supported by Jess Beale and John Williams, are reaching the stage where they will surely be looking to make their squad selection of players to take to France in a few months time. The matches started strongly for Wales with the national side racing to a 7-3 lead. This early sprint stalled somewhat as the players tried to gel with their team mates and we reached half time with the score at 11-7 to Wales.

The squad was rotated during the break and then the floodgates really opened with Wales starting to exert their dominance over the match. There were some superb performances from the opposition, demonstrating why Bristol Thunder have managed such consistency in the Regional League in recent years. The young Cardiff University players also shone with spectacular link-up play and prolific scoring. Despite this titanic effort the Wales players showed what it takes to be international players and ended the match with the scoreline at 31-16.

All in all a great day of korfball in Wales, just days before Saint David’s Day! 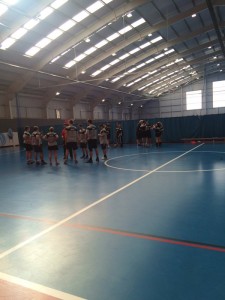