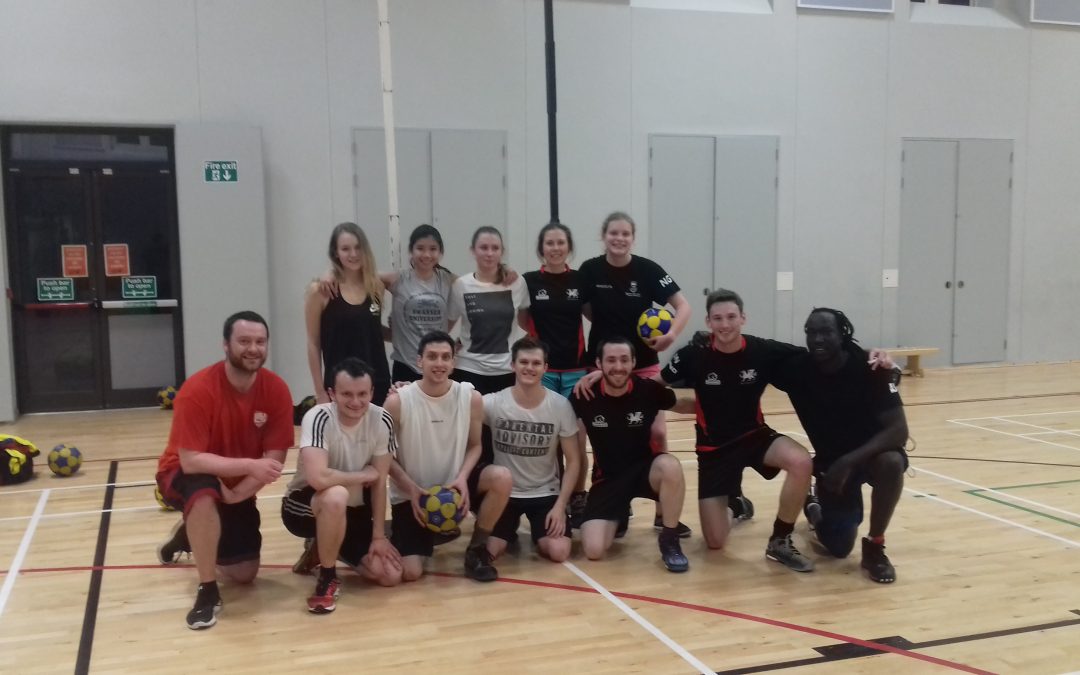 Swansea University organised two korfball taster sessions at both of their campuses. There was a fantastic turnout as 12 different students came along to try it out, and miraculously for a mixed sport there were 6 of each gender! With support from the Swansea University Students’ Union and Welsh Korfball, we hope to see a Swansea club competing at BUCS and in the Welsh League next season!

Diolch yn fawr iawn i Emma Carswell. We would not be at this point without Emma, of Swansea University and previously Nomads KC, who initiated the start-up. The huge support from Swansea University has been invaluable, and the volunteer coaches who travelled from Cardiff to lead the sessions are a credit to the korfball community.

If anyone living in Swansea wants to get involved, the club is keen to support non-students and students from other universities in the city. Just contact development@welshkorfball.org 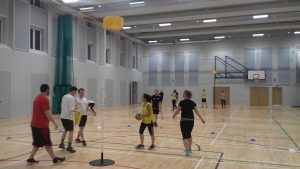 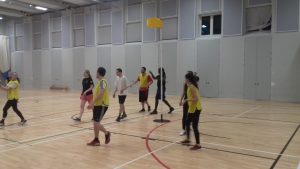