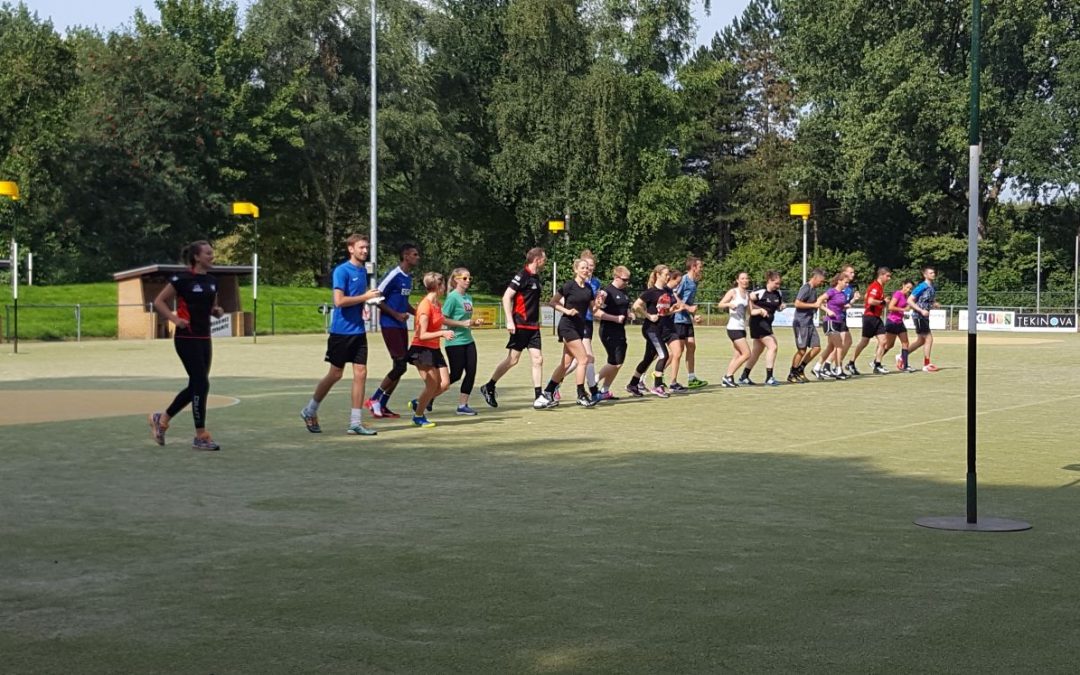 We realised we had bought too much food, so James whipped up a celery and mushroom omelette for breakfast, and the squad hit the town of Utrecht. The girls visited the university gardens whilst the boys decided the best way to see Utrecht would be to hire kayaks and paddle around the canals. We finished off the rest of the bolognese from the night before and then caught trains to Groningen. It was a two hour journey on the train so the time was passed playing cards, where Tom Brady demonstrated his prowess.

Arriving in Groningen, the Beach Korfers were greeted by other members of the Wales squad who had flown in that day, with others arriving all the time. Everyone congregated in a bar opposite to greet the arrivals. Michiel turned up to share some drinks with everyone, and Rick informed us he knew of the, and I quote, “best Italian in the world” that was supposedly just five minutes down the road. So James and Alex went to see if they could seat 12 at short notice but the best Italian in the world was full. So Michiel suggested the restaurant next to the bar and everyone agreed that was sensible on an empty stomach.

It was a Mexican, so we loaded up the table with sharing platters of fajitas. We rounded off the evening at the hotel bar, learning the intricacies of billiards. Michiel was undoubtedly the master, with Tom and Nick a dab hand. The losers had to keep going however, so James and Alex were stuck at the table for a while attempting to billiard (is that a verb? It is now.) The last stragglers stumbled into the bar at around midnight and we were all able to hit the hay ready for the first sessions the next day.