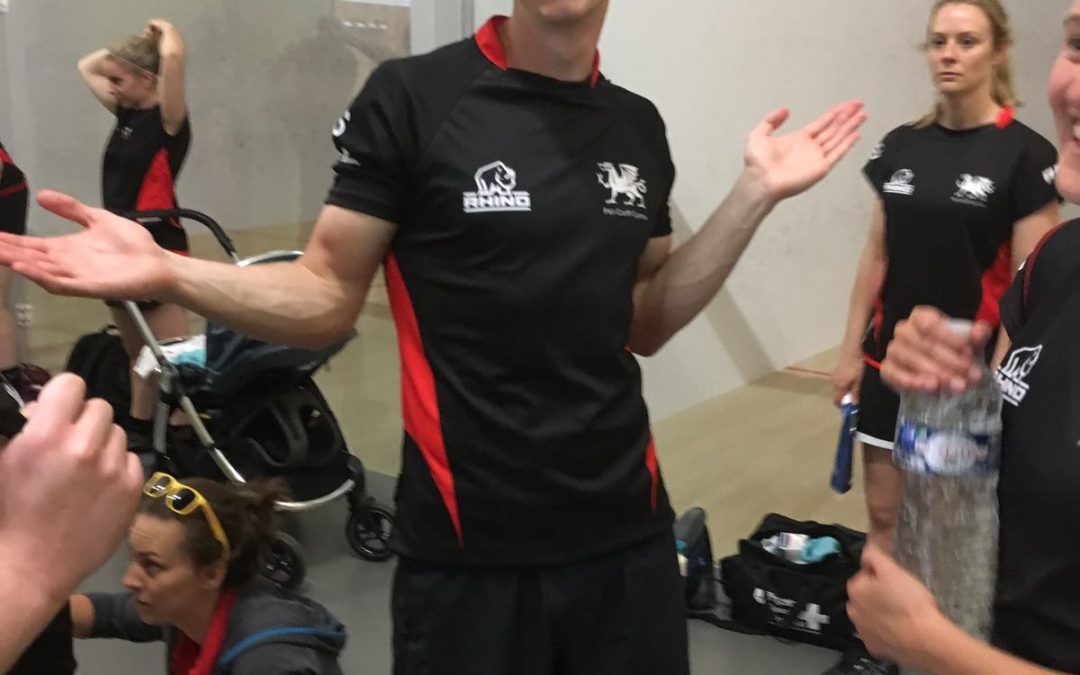 An early start this morning, with training less than twelve hours after we finished matches the night before! Dragging themselves from their beds, the squad cycled over to the sports hall, where we had our first sessions, for another training with Michiel. The highlight was undoubtedly the money ball shootout at the end of the session. The boys hit a tally of 4, with the girls doing their best to put them off. When the girls stepped up and missed their first shot, the boys took an unusual tactic and walked off to change. This backfired slightly as the girls hit a few in a row without any pressure, but with some heckles from the sides they only reached 3 and failed to level the boys score. Chalk one win up for the lads.

After cycling back to the hostel, everyone once again splintered into various groups to explore Groningen and find eateries to their taste. After a while, a large group had congregated at a strange café so we all decided to find a place to eat, ahead of our training session with Nic. first & second selections later. Noble Bivin lead the way, as our resident food blogger and connoisseur. Ten minutes of walking later however, he had led us further from the bustle of shops and restaurants into seemingly lifeless alleys, and we were starting to question the wisdom of Biv, despite his claims that the best places are hidden away. Just when we were about to break faith, Biv came good when we stumbled upon an Italian tucked down an alley. It really was hidden away, with our tables obscured by a parked van, but the food was delicious.

The elder Williams was able to take the opportunity of interacting with local culture to educate his son, as Dan asked “What’s this language again?”, presumably confused by the Italian on the menu and Dutch spoken by the staff. Throughout the meal Alex continued his habit of issuing challenges to everyone for any number of imaginable things. He has challenged Nick to a plank off (which might be the best name for a head to head between those two) so we’re looking forward to that at some point. After a number of butter jokes it was also revealed that due to Osian’s fair complexion he has been likened to butter; cue endless buttery puns. I would try to compete and tell a “butter” joke than them, but you’d just spread it…

Back to the korfball, the reason we’re all here, and our marquee training session with Nic. The club coach opened the session with an ice-breaker, which turned out to be a quirky Dutch version of Simon Says. We then went through a dynamic warm-up and stretching phase which taught us some great movements for improving balance. We then trained with the Nic. players and played some Korfball4 matches. The Nic. selection then trained separately for the last part in preparation for their season, whilst the Wales camp held killer and trick shot contests.

Most of the squad stayed behind for some drinks at the club house with some of the Dutch players. Following the Dutch culture of rounds and the due to the generosity of all involved, we were there for significantly longer than planned!

Now for your update on the Murder Game, and boy is it messy. Uber drama as Jo killed Katie with a shoe (I know, we thought Ruth had blown it) and it’s contentious because the shoe was still on Jo’s foot #shoegate

It turns out Carla died two days (killed by Jo with a shoe on a bike) and Chris had killed Ruth with a pack of cards by the dartboard in the Nic. club house before training. Jo had taken over Carla’s target and killed Chris on the pitch with a pair of sunglasses… Chris having taken Ruth’s target of Katie means that serial killer Jo was able to target Katie. The debate rages on, again, over this controversial shoe kill. We’ll bring you any future #shoegate developments.