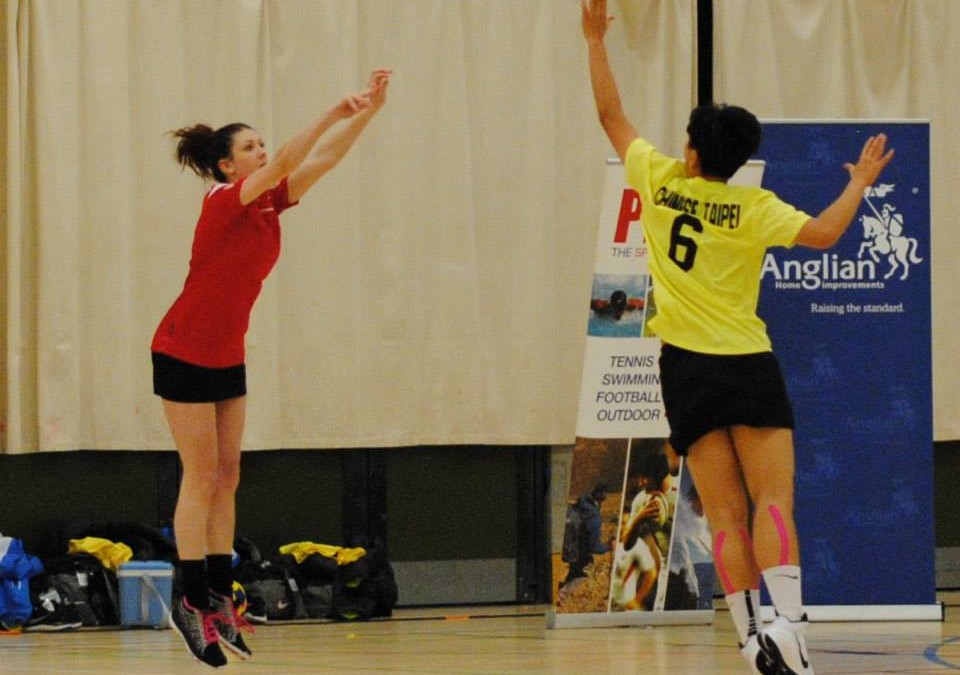 The International Korfball Federation (IKF), in partnership with the International University Sports Federation (FISU), arranged for a trial Korfball University World Cup to be held before they would admit the sport into their program. The hosts for this event were the University of East Anglia, Norwich. FISU follows the IOC’s criteria for recognising sovereign nations which means that students from England, Northern Ireland, Scotland, and Wales would compete for a UK team.

In the trial event held last month, two British teams took part featuring two players from Cardiff University. Rebecca Fitch who has represented England u21 and Leo Comerford who was selected for Wales u21. The squad was coached by former Welsh international, and current England coach, Dave Buckland. The other countries present at the trial event were Chinese Taipei, Turkey, China, Hong Kong, and two sides from the Netherlands. The Netherlands unsurprisingly took first and second positions with Chinese Taipei edging Great Britain to third place.

FISU commented on the event, saying “Korfball being a student sport, this University World Cup reached a very high level and promises great perspectives for the inaugural edition of the World University Korfball Championship which will be organised in 2018.”

This presents fantastic opportunities for young British students to compete in a very prestigious event. Korfball Wales hopes that more students who are from, or studying in Wales, will have the opportunity to break into the Great Britain Student Korfball Squad.