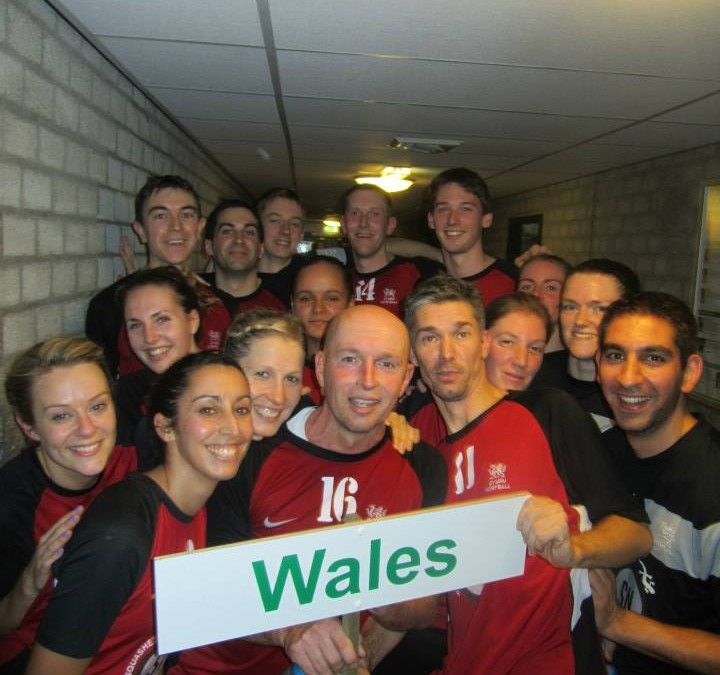 Wales will be competing against England, Catalonia, and Scotland on the 6th & 7th of September, in London, as part of their build-up. Later that month, on the 28th, Wales will also face Ireland and national league sides; Nomads and Kingfishers. Final matches take place on the 5th of October against national league side Birmingham City, and also the West Midlands.

Graham Box took up the mantle of Senior Head Coach earlier this year after Wales earned qualification for the Europeans by reaching the EuroBowl Final. As a player, Box represented Great Britain (1979-85) prior to formation of the England, Scotland, and Wales national sides. He went on to coach the British squad to 5th at the 2002 European Championships. We asked Graham for his thoughts on his newly acquired position with the Welsh Korfball Squad:

“Having been away from international korfball for nearly a decade, my role with the Welsh squad has reminded me just how much time and effort the players put into their sport at this level, not to mention the financial commitment.  They inspire me to want to do the very best job that I can and it is really enjoyable to work with a squad that is so keen to learn and to develop.”

The membership of the Welsh Korfball Association voted in a new Chairperson this year, in the form of Kevin Allen. He brings a wealth of experience to the country due to his role in developing korfball in the South West of England. We caught up with Kevin to ask him for his expectations of the squad ahead of the competition:

“I am really looking forward to the tournament. Welsh Korfball is taking a squad with a great mix of experience, with half the squad having played in the last Europeans Championships, and youth. Welsh Korfball has a tradition of attracting high quality coaches and Graham Box is great addition to this list. I am looking forward to seeing how the squad performs under his guidance.”