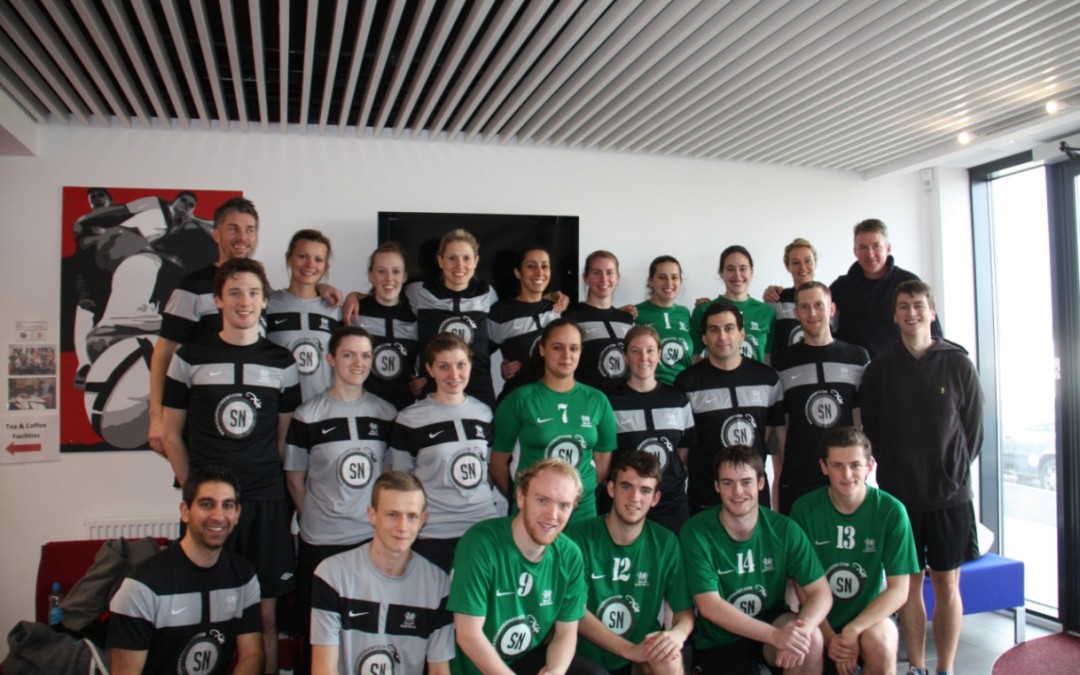 The Wales Tournament took part last Saturday and was a great success for all the teams and players who took part.

Wales entered three teams which were used as part of the trials process. Graham Box – newly appointed Wales coach – had the tough challenge of not only spotting potential talent, but also to coach three teams in one day. He also took the opportunity to meet most of the players and the WKA committee for the first time.

Upon their arrival at the hall, each players was allocated to one of three Wales teams; throughout the day, players were moved around to try out new combinations, tactics, and sections. Players from all five Welsh korfball clubs were represented; Cardiff City, Cardiff Dragons, Cardiff Raptors, Cardiff University and even newest club Cardiff Metropolitan University!

At the end of the day’s matches, the final standings were: England U19, BSKS1, Wales Red, BSKS2, Wales Grey and Wales Green. Well done to England U19!

After a long day’s matches, Graham Box announced 20 players to attend the next session which should be regarded as a further selection process as well as a training session. A squad of players will then train together up to the European Championships in October.