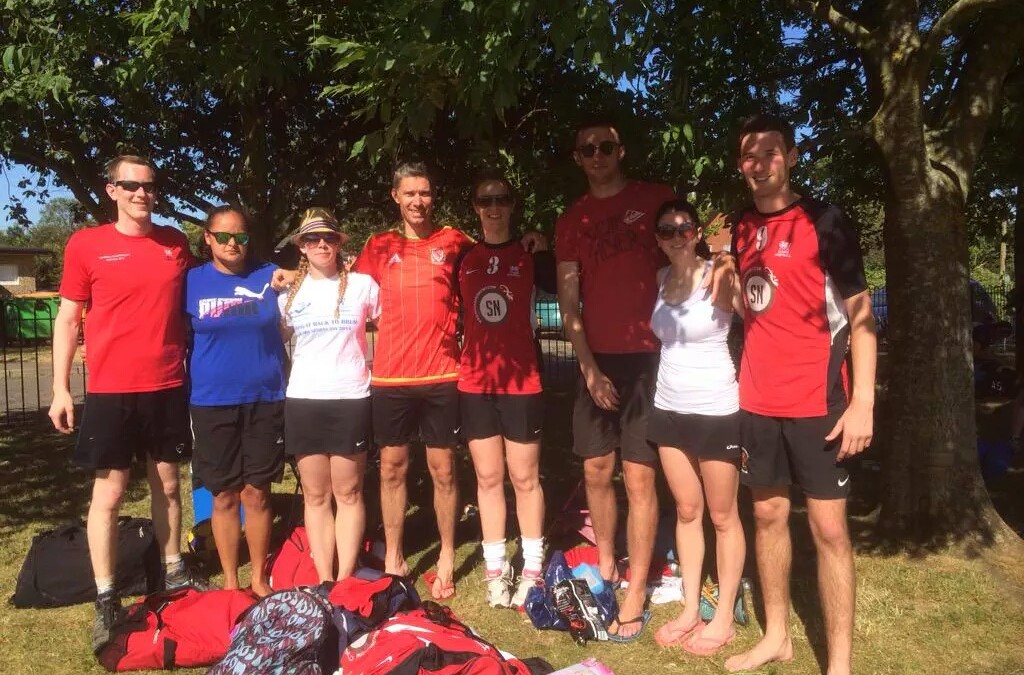 Members of the Wales squad competed at the annual International Inter-Area in Kent, on 4th July. The team was a mix of senior players, who competed at the last European Championships, and under 21s:

The team opened the tournament against the hosts, in a thrilling encounter which the Red Dragons won 11-10. The Welsh side’s next group match was against the Dutch side EKVA, who were fielding an u19 side. This game proved to be a far easier task for the Red Dragons who ran out 12-1 victors.

Having secured a place in the three-way play-off for the tournament, the next opponents were the EKVA senior team. The game was extremely physical and the Welsh players battled for every goal. In the end neither side could find an edge and the game ended level.

The EKVA senior side beat the other contender for the title, their other u19 team, by two goals. For the Red Dragons to win, they would need to beat the u19s by at least three goals!

This u19 side was significantly stronger than the one faced in the group stage. Whilst a lead was established and maintained for the majority of the game, the Welsh side did not enjoy an easy ride with the Dutch side staying close on their heels throughout.

In the end the Red Dragons emerged victorious and took the title of Kent International Inter-Area Champions, for the first time!