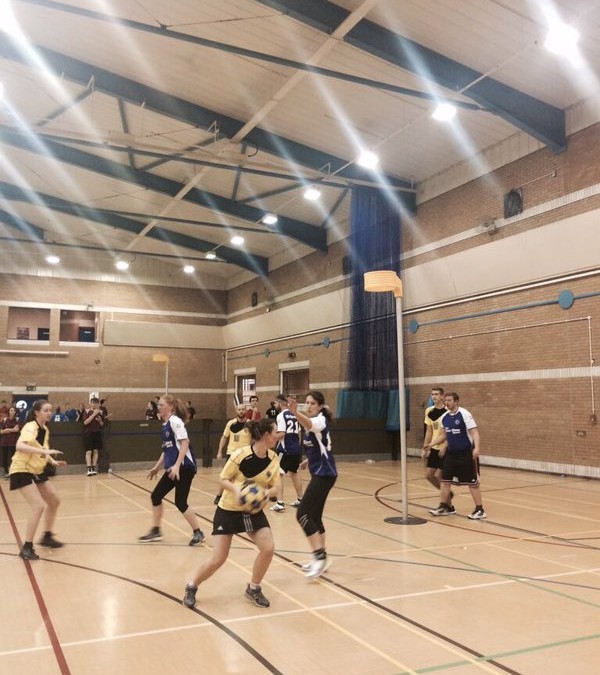 As teams return to training after the Christmas and New Year break we take a look at the season so far.

We have seen a reinvigorated Cardiff City in the second half of 2015 who kicked off the season by beating the reigning champions Cardiff University 1 and went in to the Christmas break off the back of a win against last year’s runners-up Raptors 1. The blues are currently at the head of the pack with five wins from five; only time will tell if they can keep up this pace.

Cardiff University 1 suffered from a slow start to their season with the loss against Cardiff City and a draw with Raptors 1 but have gone on to win their remaining three matches. Raptors 1 have matched Cardiff University 1 on results so far and only lag behind in the standings on goal difference.

Best of the rest is currently Cardiff University 2 with wins over Raptors 2 and Cardiff University 3. Between the bottom two sides they have each beaten each other once so far this season, and Raptors 2 take the higher spot in the table with a superior goal difference. It should continue to be a closely fought battle between the top three teams and the chasing three teams when the games begin again in less than two weeks times!

Raptors have made their debut in the Regionals this season, replacing Cardiff Celts, with victories over Horfield and Basingstoke Bulls. A close encounter against Cardiff University ended in a draw which gives Raptors a healthy five points so far this season. No team has ever been relegated or involved in relegation play-offs if they have achieved eight or more points in a season so if Raptors can manage a few more victories they should safely retain their space in the league for next season.

Cardiff University have had a very successful season so far, equaling their total haul of points last season by mid-November. Having earlier drawn against Raptors, they have beaten Basingstoke Bulls, Bristol City, Southampton Spartans, and Horfield. The final match of 2015 was between Cardiff University and Raptors to determine Wales’ IKF Europa Cup entrant for 2016; it was a thrilling encounter with goals raining down from both sides to finish 26-21 in favour of the reigning Welsh champions.

Korfball in Wales throws-off on the 16th of January with Cardiff City taking on both Raptors 1 and Raptors 2 at Saint David’s College. The following day is the first Regional match in Wales with Raptors hosting Bristol City at Talybont Sports Centre.

Cardiff University’s first matches are on the 30th of January with all three teams playing on the same day; Aberystwyth University’s two teams have matches against Castle Dragons and Keele University the next day.