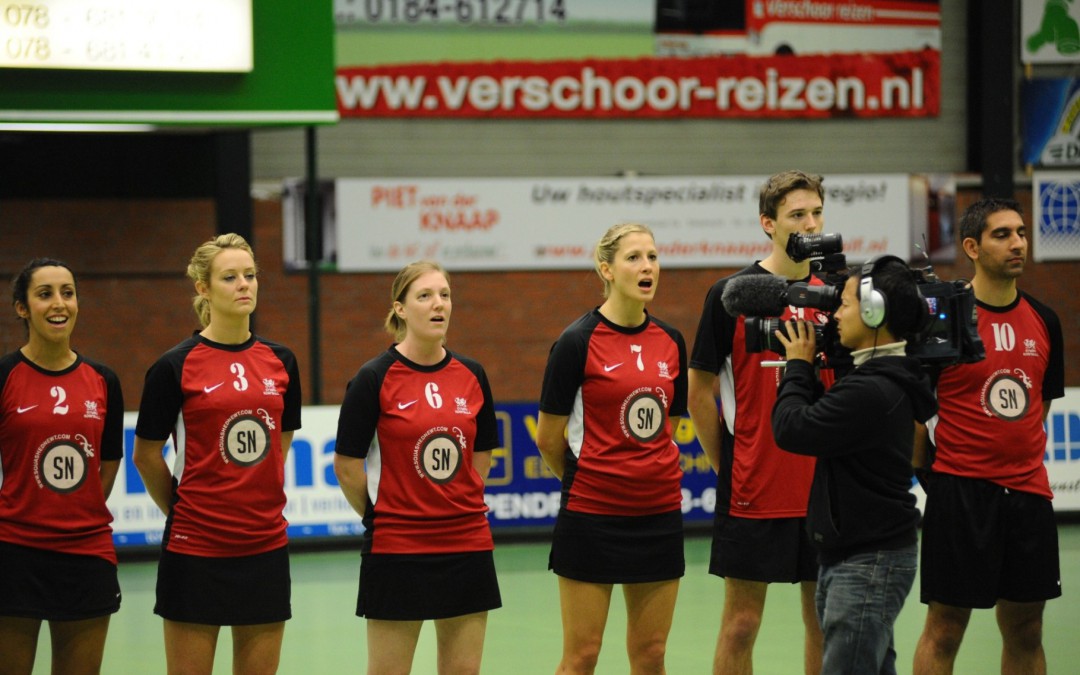 Following the recent social media buzz about the Welsh Korfball Squad trials which was announced on Twitter and Facebook, the Welsh Korfball Association is pleased to confirm final details of the WKS trials and the friendlies which will be played this Saturday 22nd February 2014.

The venue for the day will be Cardiff City FC’s newly built ‘House of Sport‘ in Leckwith, Cardiff which boasts excellent facilities for an event of this magnitude. Indeed, the Futsal/MultiSport Courts were used for a three-way friendly between Wales, the Welsh Development Squad (WKS) and EKA National League side Bearstead in late 2013. The indoor courts – 19m x 39m in size – proved to be a popular venue with players, officials and spectators alike.

Wales have entered two teams to the tournament, both teams will be used to trial the hopefuls. British Student Korfball Squad have also entered two teams which will also be used to trial their hopefuls. The 5th team taking part that day will be England U19 who are in preperation for the U19 Korfball World Cup in Leeuwarden, The Netherlands between 17th – 20th April 2014.

Newly appointed Wales coach Graham Box together with assistant coach John Williams will have the tough job of narrowing down the hopefuls to a select few who will start preparations for the IKF European Korfball Championships in Portugal. BSKS coach is also looking forward to seeing the potential in their squad while England U19 coach Buckland is hoping to fine tune and put into practice months of training.

The format for the day will be to play 30-minute round robin matches with 5 minute change-over between games. Each team will play a total of 4×30-minutes during the day. The shot-clock will be used during the games. The teams will agree between themselves on the use of ‘reversible substitutes’ which is now implemented in official IKF matches.

For those who wish to participate and to allow Mr Box to arrange (Wales) teams for the day, please confirm your attendance with “teammanager@welshkorfball.org” if you have not already done so. You will need to be eligible to represent Wales in official IKF matches if you wish to trial for Wales. Please contact us if you are unsure if you qualify to represent your country.

The WKA would like to wish all participants a successful day on this inaugural Wales Tournament.

– Taking part: you should have already contacted “teammanager@welshkorfball.org” if you wish to participate!

– Time: Matches will run between 10am and 4.45pm. The court is available from 9am until 5pm for set up/packing up.

– Parking: a good amount of parking is available at the venue. Please do not obstruct the entrance to Martin Lewis Court or you may be ticketted.