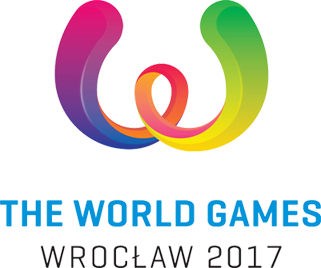 Great Britain have been drawn in pool B for the World Games 2017, which are due to take place at the WKK Arena in Wroclaw, Poland, 21-25 July.

The World Games are held every four years in the year following the summer Olympic Games. Over 4500 athletes and officials from over 100 countries will take part across more than 25 sports.

The coaching staff were recently appointed, with former Wales international star Dave Buckland selected as Head Coach for Team GB. Buckland had a glittering playing career for GB and Wales; following a stint as the Welsh Head Coach he has since headed up the English and GB outfits on the international stage, and recently guided London club Bec to the gold at the IKF Europa Shield.

Alongside him, is assistant coach Rob Williams, another former international who represented England; Williams coaches English national league side KV, and took charge of England u23 at the recent u23 World Cup. The pair also work together as coaches for the Great Britain student squad.

The pair have announced an open trial to select the Great Britain squad for the 2017 edition of the World Games: this is scheduled for 1-4pm, Saturday 25 February. The trial will take place at Whitgift School in Croydon, South London.

Players wishing to attend should contact sarah.friday@englandkorfball.co.uk by Monday 20 February.

Welsh players are eligible and encouraged to attend.